Igbo female artistes need to be cut some slack for daring to compete in an industry that is male dominated.

The Igbo males maybe taking home good money but wait-a-minute, Igbo female artistes are cutting big paychecks too. And they are equally doing well. The hustle is real for both male and female.

However, this post highlights the top 4 Igbo female artistes in music, who are taking home the fattest paychecks.

The net worth of some of our top female musicians will be analyzed and estimated to the most realistic value.

Estimates are made from their performance/appearance fees, endorsements and music sales and tours.

Here is a quick rundown of an estimated analysis of the net worth of the top 4 richest Igbo female artistes:

Nneka Egbuna simply known as Nneka, is a Nigerian hip hop/soul/reggae singer, songwriter and actress based in Germany.

Nneka is from Amawbia in Anambra State, Eastern Nigeria, though she was born and raised in Warri, Delta State.

Her mother is German while her father is a full blooded Igbo. She sings in Igbo, English and Nigerian Pidgin. She is one of the earliest Nigerian musicians to have bagged a music recording contract with international music giants Sony Music.

Nneka has also worked with Reebok and her track “Shining” topped global charts in 2013. Her song “Heartbeat” has been remixed and sampled several times – most notably by Chase & Status and Rita Ora respectively. Her estimated net worth is put at $1.3M, which puts her at the number 4 spot on the 2017 top Igbo female artistes.

At number three is Waje Iroube who is born to an Edo father and an Enugu mother. The Igbo female artiste is known for her vocal prowess.

She has had endorsement deals with Glo, and numerous humanitarian NGOs. Waje headlined the song ‘Strong girl’ which is the theme song for ONE Campaign’s ‘Poverty is Sexist’ in 2015 and also joined Bono in Lagos, Nigeria for the Lagos campaign in 2015. 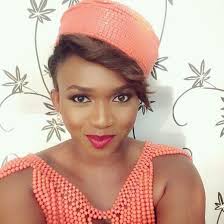 Waje is among the judges for music reality show franchise The Voice Nigeria alongside 2Baba (2face Idibia), Timi Dakolo and Patoranking.

The songstress net worth is put at an estimated $1.7M.

Chidinma Ekile, the sixth of seven children, is also called Miss Kedike Both of her parents are from Imo State.
She owes her fame to music reality show MTN Project Fame where she emerged the winner of the 3rd season of the show. Her real taste of fame came after her hit single ‘Kedike’ which she released after project fame.

She is also a brand ambassador for MTN. She has had the opportunity of being featured on Coke Studio Africa for some years. The petite and light-skinned singer regarded as a top female music act both in Nigeria and around Africa. She is valued at an estimated $2.7M which makes her the 2nd richest Igbo female artiste.

Yemi Alade was born the 5th child in a family of 7 to a Yoruba father (James Alade), who was a former commissioner of police, and to an Igbo mother (Helen Uzoma) in Abia state, causing her to be fondly referred to as “Yoruba-Igbo girl”.

The ‘Johnny’ crooner stands at number one spot on the 2017 list of top 4 richest Igbo female artistes.
Yemi Alade is the queen of YouTube Nigeria, with over a 100 million views on her music videos. ‘Johnny’ remains her best single yet statistics wise, with over 70 million on digital streaming platforms and YouTube accounting for over 60 million of the total.

Yemi is a brand ambassador for ABC hair relaxer, Nairabox etc. She has two albums to her name ‘King of Queens’ (2014) and the highly acclaimed ‘MAMA AFRICA’ 2016. The singer cuts big checks for her performances across Africa. Miss Yemi Alade’s net worth is estimated to be around $4.2M.

Obi’s ex-commissioners with him, says LP